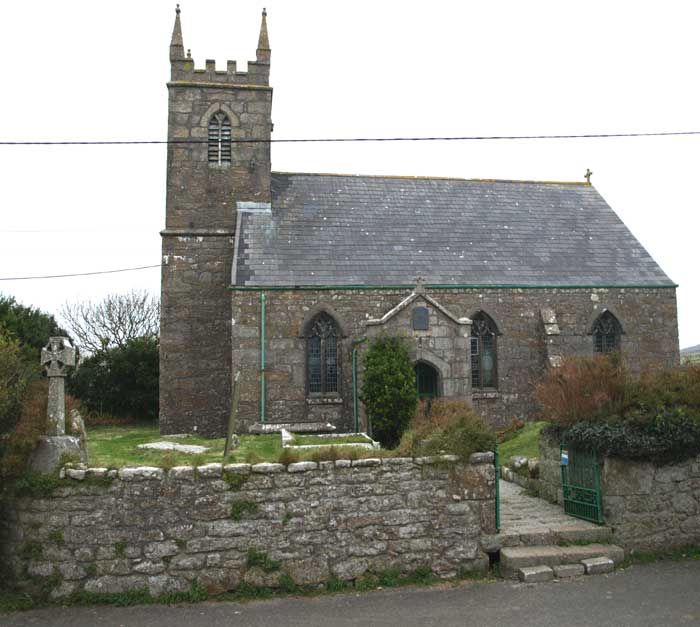 Was Morvah Church Dedicated to St Bridget/Brigid* of Sweden - or of Kildare?

Today it is said that Morvah Church is dedicated to St Bridget of Sweden. However, the first mention of a ‘St Bridget’ in connection with the parish was in 1390. This is a year before St Bridget of Sweden was canonised, in other words before she was a saint - although she had died in 1371.

So the first known reference to a St Bridget in connection with Morvah is earlier than the canonisation of St Bridget of Sweden.

There is at least one Irish saint of that name: St Bridget of Kildare, who died around 525. She was named after the very important triple pagan Irish goddess, Bridget, whose role as mother goddess seems to have never completely died.  According to some people, she reappears as a Catholic saint. Whether or not this is true, Bridget remained an important figure in the Celtic Church and her attributes seem to have been transferred to St Bridget of Kildare.

St Bridget of Sweden was a completely different person, who founded an order of nuns, the Bridgettines, in 1344. The first trace of the order in England, however, was not until 1406 – and it did not become active here until the Bridgettine Abbey of Syon was founded in 1415. The first link of this St Bridget - or her Bridgettine Order - to Penwith came in 1424, when St Michael’s Mount was given to Syon Abbey.

Nicholas Roscarrock, c.1548-1634, in his ‘Lives of Saints in Cornwall and Devon’ wrote ‘In truth no Irish Saints can be shown for certain to have been patrons of a medieval Cornish Church or Chapel apart from St Bridget of Kildare.’ Under his entry for Morvah he says ‘Brigid of Kildare was apparently patron of Morvah in 1390 rather than Bridget of Sweden who was not canonised until 1391.’

As the church at Morvah was recorded as St Bridget’s in 1390, it is very unlikely that - and there is no apparent reason why – anyone in a small, remote parish on the north Cornish coast should or would have heard of Bridget of Sweden. Such a parish is much more likely to have known of St Bridget of Kildare, through coastal contact with Ireland.

The first mention of a saint’s name in connection with the parish of Morvah dates from 1390. Professor Nicholas Orme in his book ‘English Church Dedications With a Survey of Cornwall and Devon’, (1996), writes, under Morvah, that ‘Bridget seems as likely to be Bridget of Kildare as Bridget of Sweden since the latter died only in 1371 and was canonised in 1391’ - that is, a year after the earliest surviving reference indicating a connection between Morvah and a St Bridget.

Although not well known in the English speaking world, in Ireland St Bridget of Kildare was and is important, being one of the three national saints of that country. She is said to be buried at Downpatrick - together with the other two, St Patrick and St Columba. It is also said that while praying with a dying man she picked up rushes from the floor and began to plait them into a cross. Such crosses, known as ‘St Bridget’s Cross’, are still made today, and on her feast day placed in cottages and other buildings - as it is believed that they protect homes and animals from evil and want.

Until the mid-1800s, when, according to the vicar, it had become an event attended by ‘by disorderly persons of every description,’ a very large fair was held at Morvah on the first Sunday in August, the feast of Lughnasa, now Lammas, a pagan Irish festival. It was said to be the biggest celebration outside Ireland, seeming to suggest a connection between Morvah and that country - and that connection could well have been through the church’s patron saint: St Bridget of Kildare.

According to an article in the Irish Post ‘Our St Bridgit’s name was familiar only to those who spoke Irish, the English speaking world knew virtually nothing of her. Hence when mention of St Bridgit is made elsewhere she is assumed to be the Swedish saint.’

*The names of both saints have various spellings.