On March 11th the group forsook the usual cosy meeting room at the Morrab Library and ventured forth to Redruth, enjoying there an excellent tour of Kresen Kernow followed by a town walk led by Linda Beskeen and friends from Redruth Old Cornwall Society. 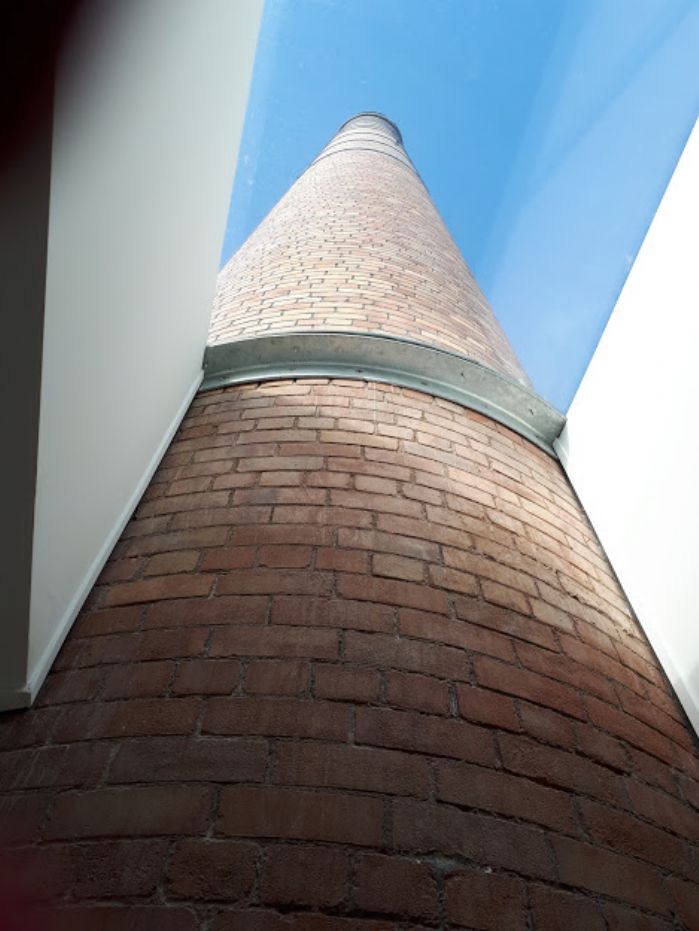 Kresen Kernow do an excellent tour which we highly recommend – visiting groups can see the archivists at work, marvel at the 14 miles of shelving  (but don’t worry, you don’t have to walk them), and look in detail at documents chosen to suit their interests.

We loved the imaginative use made of the space and enjoyed some unusual views, including the big chimney. 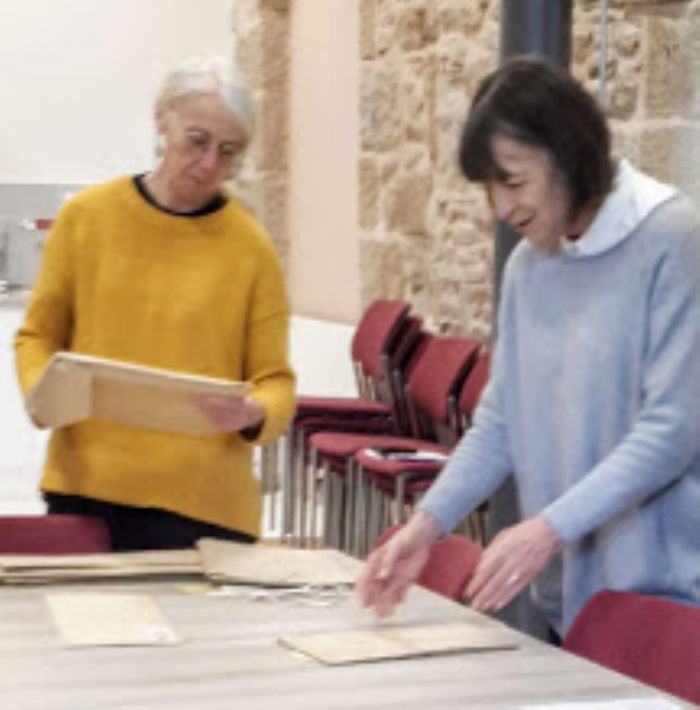 And of course, we were thrilled to see and yes, even touch 19th-century maps of the Wherry Mine and Penzance Borough, early 20th-century by-laws and market leases, and the 1614 town charter document.

Many thanks to Tamsin Mallett of the Kresen Kernow team. 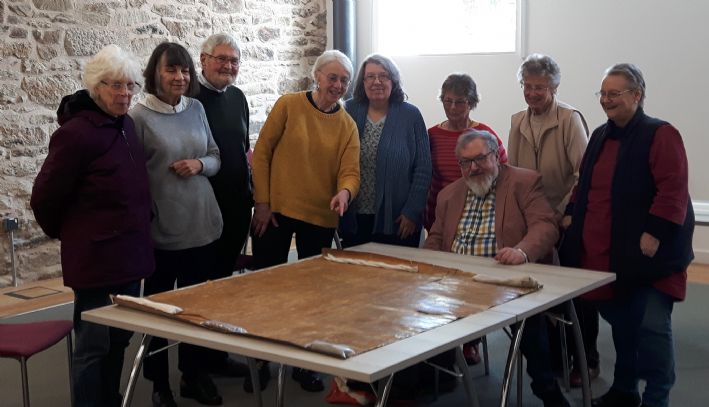 The afternoon tour of Redruth was another treat, as the group went out into the spring sunshine. For two hours we looked in detail at the architecture and heard stories about this lovely town – and came away with enough to occupy several hours’ more independent looking and learning. The considerable expertise and guiding ability of Linda Beskeen, not to mention her fellow Redruth OCS members who joined in with old photographs and their own memories and information, made this an afternoon to remember.  Many thanks to them – and we look forward to reciprocating with a tour of the Morrab Library and Penzance later in the year.

The day was an example of how groups can support and enrich one another’s knowledge and experience, and we would be interested to hear from any other West Cornwall heritage groups who would like to work with us in this way.

‘Camidge and Stringer’ – which includes PLHG member Linda Camidge - have been working with the Friends of St Ives Library over the winter. Thanks to St Ives Times and Echo and photographer Tobi Carver for this write-up of their final show of the season. 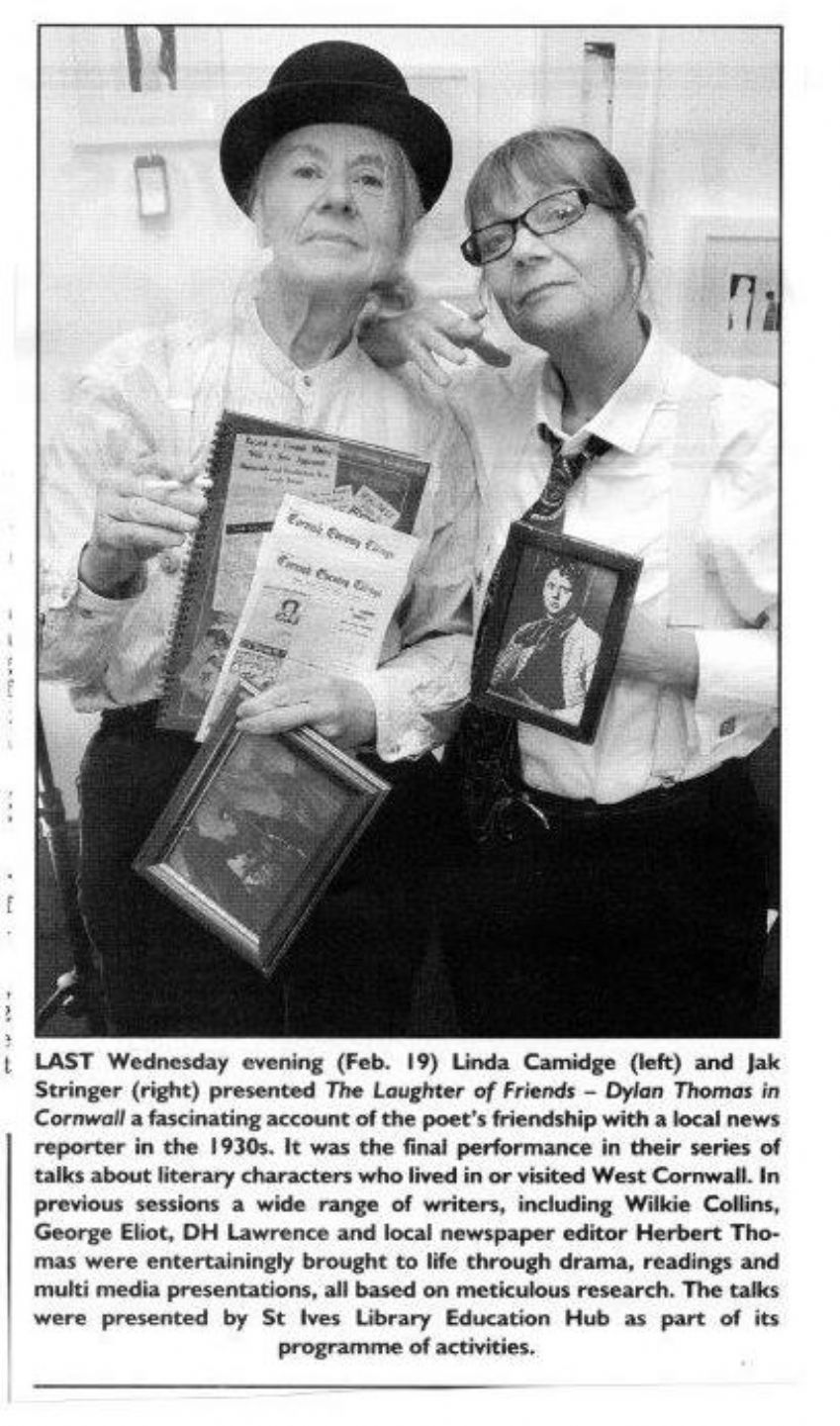 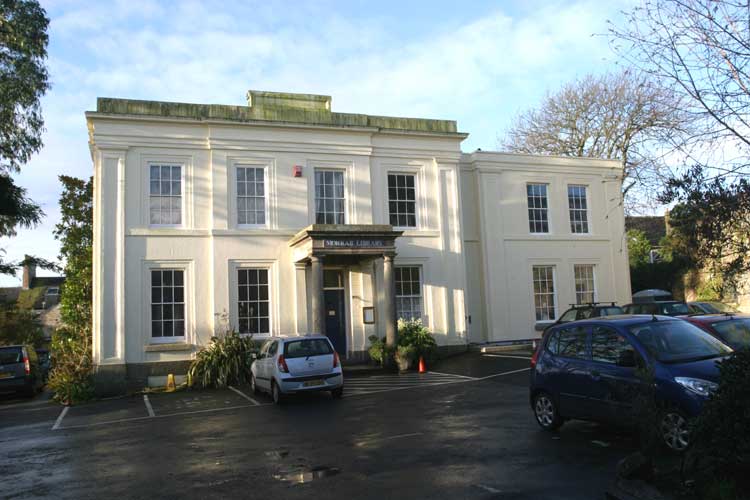