On this Day 28th June 1838
Penzance: A New Queen and a New Market House

After the granting of the Town’s Charter in 1614 one of the first acts of the Penzance Corporation was to buy a three-cornered plot of waste land towards the west side of the town and bound on every side by the highway. On this plot, a Market House and Guildhall were built. 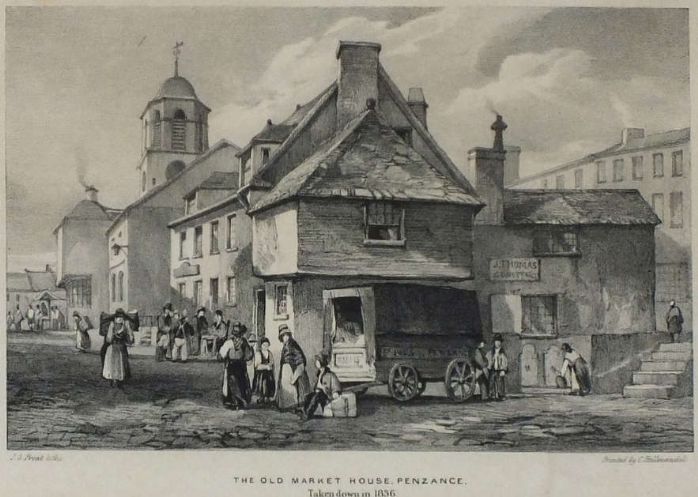 When the New Corporation was established following the Municipal Corporations Act of 1835 its most urgent project was to replace this old and inadequate building organising an architectural competition for the design of the new building. The winner was H. J. Whiting but the commission was given to William Harris on the grounds of affordability with Whiting claiming £300 compensation. The new building took two years to build and was officially opened by the Mayor, Richard Pearce, on 28 June 1838, the day of Queen Victoria’s Coronation, although it may in fact have started trading some two weeks earlier.

The Cornwall Royal Gazette enthusiastically recorded the event saying “we consider it an auspicious accident, that a structure, which in some sort commemorates this great man [Sir Humphry Davy, who was born, lived and worked very close to the spot on which the building stands], while it forms one of the most distinguished ornaments of a town so justly proud of having given him birth , should be appropriated to public business by an initiatory act so memorable and so happy as the voting of an address to our beloved Queen.” 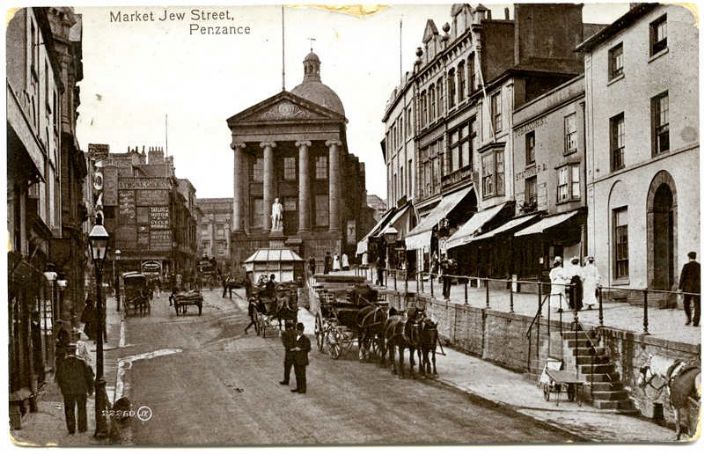 At one o’clock the doors of the new Guildhall, Corn and Shamble-markets were thrown open for the Great Dinner provided by public subscription. More than 1,000 people sat down to a meal of “good old English fare” including the beef Penzance market was famous for and accompanied by a liberal allowance of ale. “This great feast was so liberally furnished, that after all had partaken to their heart’s content, many of the poorer guests were supplied with meat to carry home to their families and still there was a hundred weight of beef with a proportionate quantity of bread and pudding left for distribution the next day, amongst the poor inhabitants as had not obtained tickets for the dinner.”

The rest of the day and evening passed with further celebrations to mark the Coronation – all the hotels and principal inns had dinner parties, various tea drinkings took place and there were fireworks, torches and tar barrels. The newspaper account concluded its account by describing Penzance as “the very Queen of the West”, pulling together the strands of local civic pride and celebration of the newly crowned Victoria.