On board the Febrero, a Spanish vessel out from Bermeo with iron ore for Newport, are four passengers and 23 crew, but we will focus on just two. One is the cook, Roque Iriarte: a small, moustachioed youth of 20 who has worked at sea for the past few months. The other is Jose Espinoso, chief engineer; in the pockets of his blue trousers a lottery ticket, credit notes for 50 pesetas each, his professional certificates. 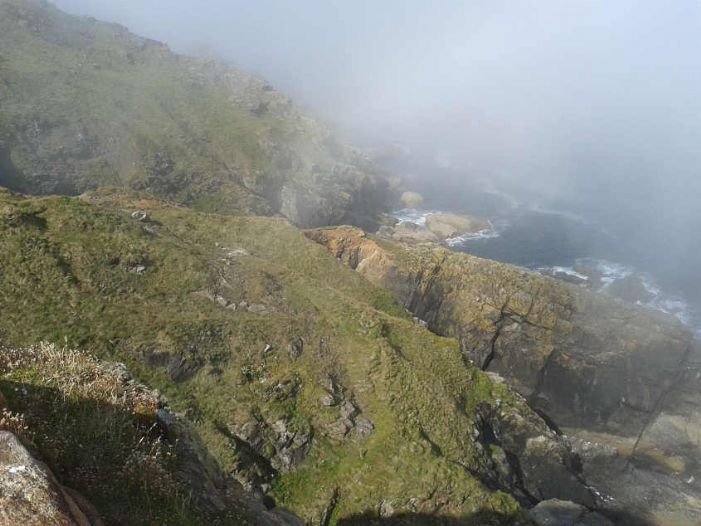 Neither knows it yet, but both will shortly arrive on the coast of West Cornwall. One will be alive; the other dead. The optimistic contents of Chief Engineer Espinosa’s pockets – his seniority, his greater experience - may or may not mark him out as the lucky man.

Iriarte is awakened by a “bumping and grating”. He grabs his coat and heads up on deck, barefoot. Here, there is a “terrible scene”. The ship has foundered, and water is already up to the level of the deck. Men are praying, shouting, calling for their mothers. Iriarte – it will later be told - “sprang overboard and trusted his fate to the waters”. After half an hour of swimming he grasps a piece of the wreckage. We may imagine him looking desperately about for his shipmates, perhaps calling to them, but finding none. Yet he survives his night in the water, and dawn will bring him to a strange beach, in a strange land.

Before him, now it is daylight, Iriarte sees only what he later describes as a “mountain”. He has no way of knowing that he is at Nanjizel – and even if he did, the name would have meant nothing to him. Getting up, he finds the track, stumbles along it: shoeless, soaked. Perhaps he follows a sign – St Buryan. Perhaps he hopes for the comfort of religion there. 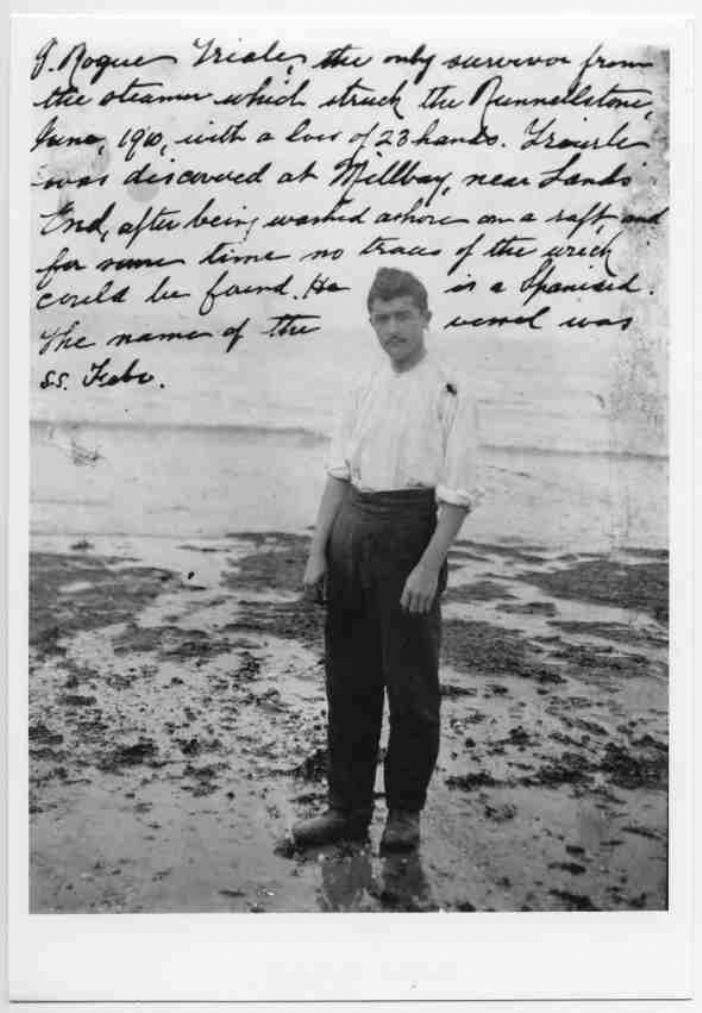 Kindness he certainly does find in the shape of a farmer – Mr Waters, of Trevean. Although neither man can make himself understood to the other, Mr Waters finds food and dry clothes for Iriarte and makes what he can of his story. There is a great deal of wreckage floating at Nanjizel, but no sign of any other men. Some time that day – still shocked, probably discomfited by press and official attention, perhaps hoping to find a compatriot – Iriarte will wander away through the fields, walking to Penzance and roaming there for the rest of the day and night, alone and hungry. Only on June 22nd will he meet a Spanish speaker, Mr Noble of the Western Union Cable Company. Only then will he be found lodgings, and put in touch with his consul. Only then will his story be unravelled and reported.

And Chief Engineer Espinoso? Like the rest of the crew and passengers of the of the Frebrero, he’s not so lucky. What’s left of him will be picked up not far from the Runnelstone, and subjected to an inquest, several weeks later.