On this Day 8th August 1887
Penzance: Hurrah for the Jubilee Hall

It’s Bank Holiday Monday in Penzance. The bank employees are – presumably - happy. The excursion organisers are - the fine weather having held - happy. But particularly happy is Mr. David Bischofswerder, presiding over the opening of his new Jubilee Hall in Market Jew Street, Penzance.

The building will serve a whole host of purposes – times are changing, and who knows what opportunities the next century will hold? The new hall will seat 450 people. Such an extensive space will serve admirably for auction sales, and next week will furnish a fine example. Gold, silver and sapphires will be offered; china, cutlery and clocks. There will be no end to the ornaments – something to suit every budget. Mr Bischofswerder has sent the particulars into the Cornish Telegraph office this very day. “Such a valuable and varied stock”, he contends, “has never before been submitted for sale by auction in Penzance”. 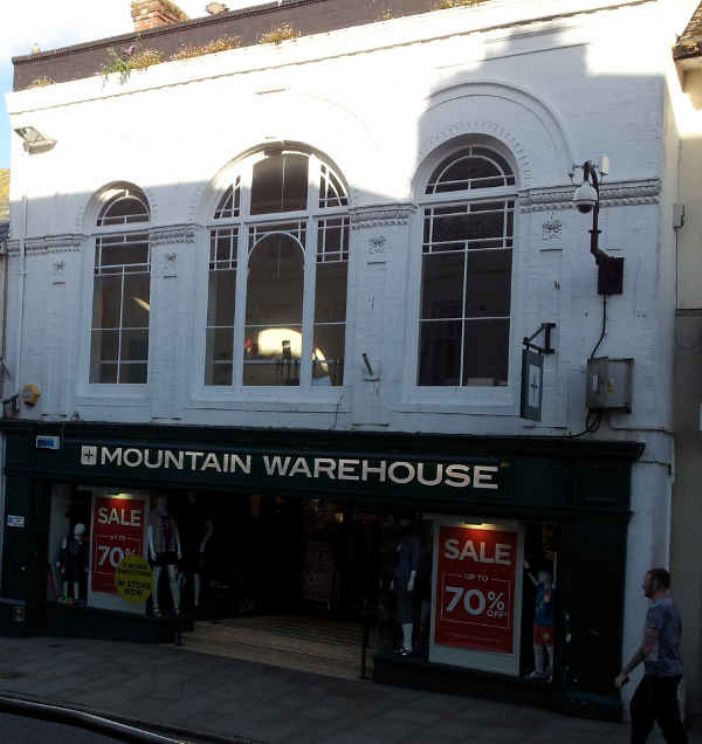 The new building will also afford space to display Mr Bischofswerder’s picture collection, and for “the occasional dance”. And to celebrate its opening, and perhaps to show the capacity of his new building, Mr B. – already known as a notable friend to the elderly poor - has invited 150 “aged” residents to join him for lunch.

“It was not long before knives and forks were in full operation”, the Cornishman, reporter notes rather breathlessly, “and a very pleasant sight it was to see a lot our poorer but worthy and neatly dressed neighbours in full enjoyment of bountifully provided dinner to the accompaniment of music and in a pretty hall made still more beautiful by numerous jubilee flags floating from end to end, whilst the walls were covered with paintings each worthy of more than passing glance”. The menu? “Roast lamb, roast and boiled beef, fowls, beefsteak-and-kidney pies (all hot) vegetables of all kinds” will be followed by “baked boiled puddings, tarts, cakes, &c., &c.” provided by Mr Lark, cook and confectioner. Those who want ale shall have ale. Those who are more of the blue ribbon persuasion shall have tea, or coffee.

Mr Bischofswerder presents the very picture of a Victorian benefactor. With his wife and sons beside him and a busy group of carvers, including the vicar of the new St John’s Church, at his elbow, he is noted to have “beamed with pleasure as he surveyed the evident satisfaction palpably visible on the delighted countenances of participants of his good cheer”. And after dinner comes the entertainment, with a violinist, and Mrs Bischofswerder and other lady and gentlemen singers accompanied by a professional pianist. Later, Mr B. will visit in their own homes those who had been too infirm to attend. And at 5.00 there will be another feast - this time for the contractors and workmen whose work the commodious building is, and “other friends”. The dancing will continue until the chimes of midnight are imminent.

Penzance now has four fine public halls, the Cornishman points out: the Public Buildings, the Central Hall, the Rechabite Hall, and now the Jubilee Hall. But surely a town can never have too many large spaces for the benefit of the community! “May the Jubilee hall be always as bright and mirth-inspiring as on its inaugural day and evening”.