On this Day 28th August 1832
Cholera Arrives in St Ives

The diary of John Tregerthen Short (JTS), described in On This Day for 13 February, begins with his adventures as a prisoner of war in France (1808 to 1814) during the Napoleonic war, and continues from 1817 to 1872 after his return to St Ives, describing major events in the town. One such event was the first case of cholera in St Ives, on 28 August 1832. The patient died. 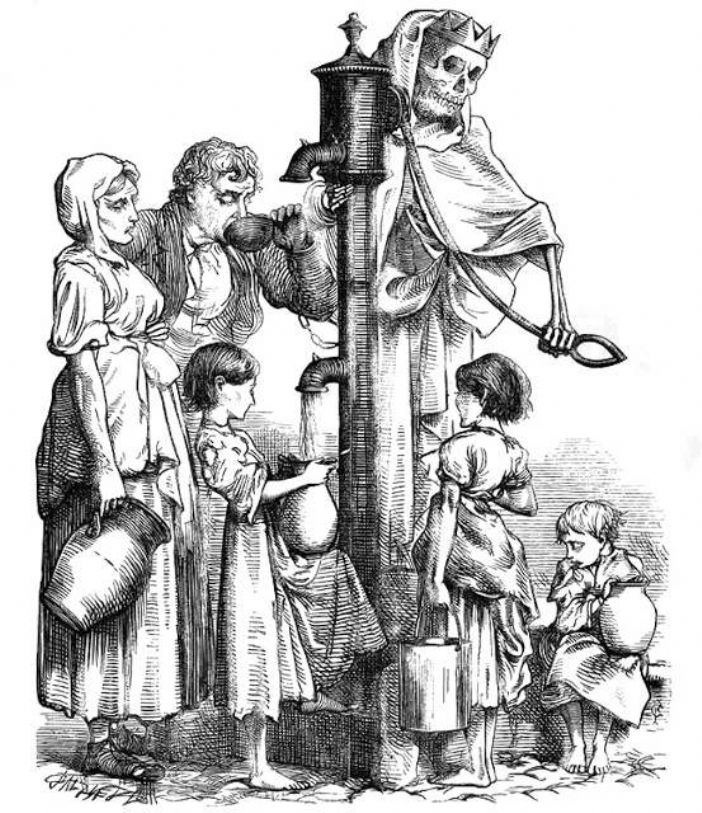 Cholera probably originated in India, and during the Second Pandemic (1826-1838) it reached Britain in October 1831. It was not until 1834 that John Snow of London was able to demonstrate the link between cholera and a sewage-contaminated water supply, and it was not until 1883 that Robert Koch isolated the causative bacterium, Vibrio cholerae. We now know that the disease is transmitted by faecal contamination of water and food, but in 1832 many believed that cholera was a punishment from God. We now know that prevention requires improvements in sanitation and water treatment; but the remedy adopted in St Ives in 1832 was to pray at the Wesleyan Chapel every Monday and Thursday, and have a service in the church every Wednesday and prayer meetings at the Primitives every Friday. This procedure must have been seen as successful, because on 21 November all shops were closed and labour suspended for the day, so that St Ives people could offer prayers to God ‘for His good and gracious blessing bestowed upon us as a town, highly favoured and miraculously preserved from that direful and pestilential calamity the cholera, by which our Kingdom and the neighbouring towns have been so sorely affected’.

There is no definitive figure for how many people died in St Ives as a result of cholera in 1832 though JTS mentions six deaths as having occurred in his diary entry for 30 October. However, the St Ives burial registers contain a curiosity: in 1832 71 burials were recorded, a figure which is less than the average of 74 for the years 1827 to 1839. In 1831 the figure is 85; in 1833, 91, in 1834, 89 and in 1835, 100. It seems St Ives escaped lightly in the 1831-2 cholera epidemic. Indeed on 1 September 1832 the Royal Cornwall Gazette carried a cholera report which contained the words, “Grievous as has been the mortality from Cholera throughout the United Kingdom, the inhabitants of this County have hitherto had abundant reason to be grateful to the Almighty for his goodness in comparatively preserving them from the prevailing epidemic. Generally speaking, the public health has seldom perhaps been in a better state.”