On this Day 17th October 1872
Davy Unveiled in Penzance! 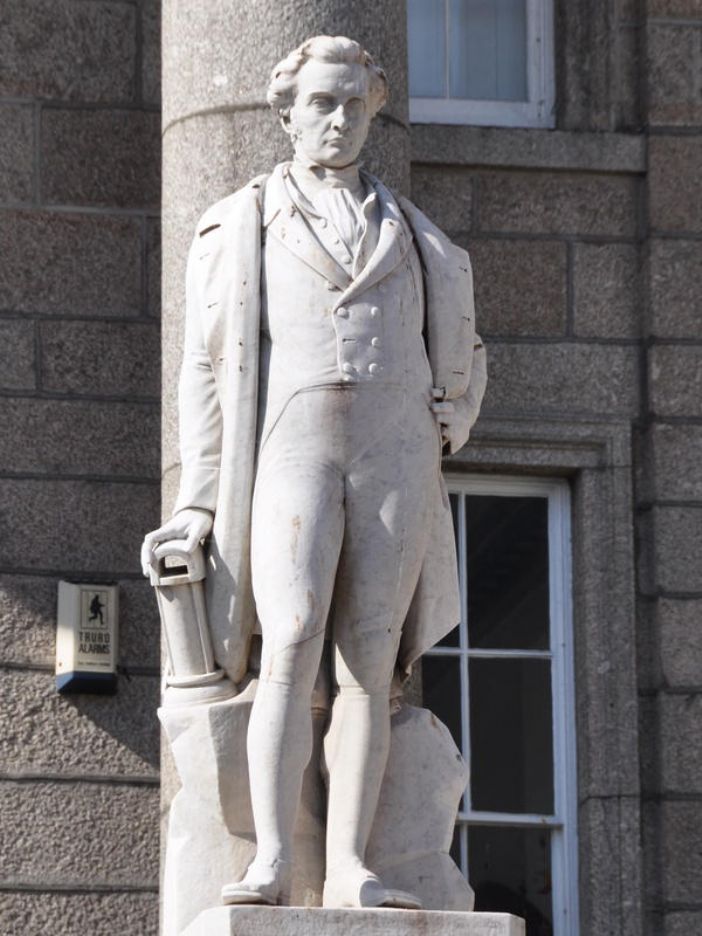 17th October 1872 was day that the statue of Sir Humphry Davy placed at the top of Market Jew Street, Penzance was unveiled. The site is very close to where he was born. This white marble statue to celebrate one of the most distinguished scientists of the 19th Century was made by the sculptors W & T Wills of London. Davy is depicted carrying his miners lamp, his invention that saved the lives of countless miners and for which he never took out a patent so enabling it to be freely available. This was a time when Penzance was prosperous and development was taking place: ‘the building of a new Market House in 1838 and of the Public Buildings in 1867, as well as the erection before the former of the statue of Sir Humphrey Davy (paid for by subscription of the working men of the town) in 1872.’ 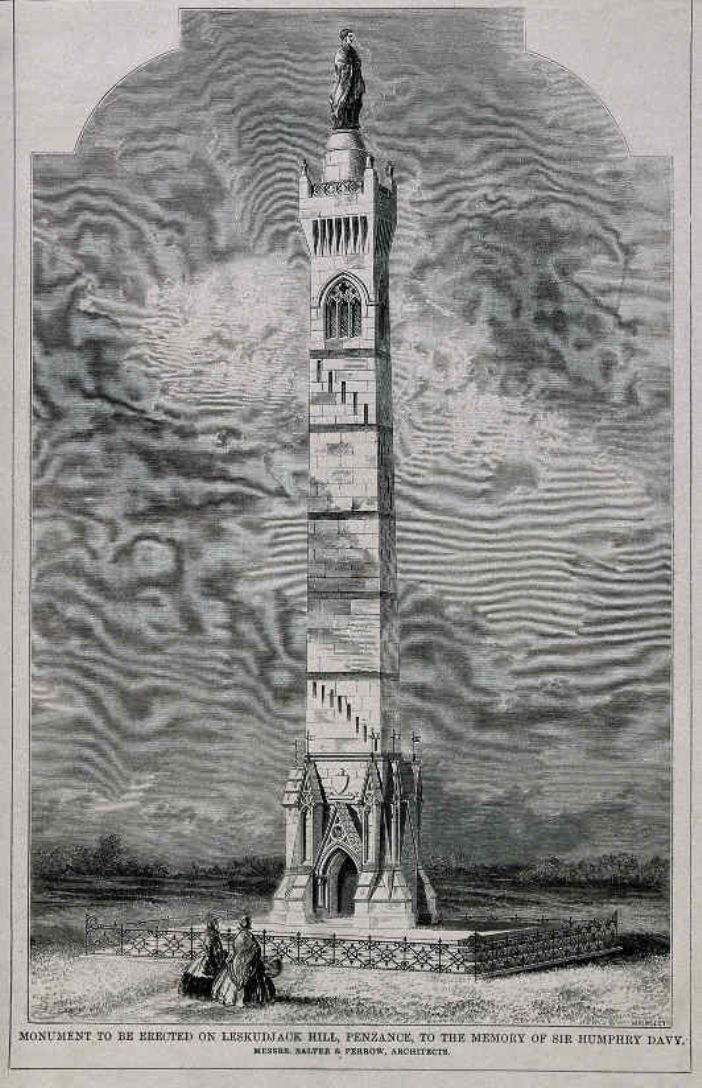 It was over forty years after the death of Sir Humphry in Geneva on 29th May 1829, that a statue was finally erected in his memory. However, there had been earlier initiatives to commemorate him and in November 1861 a committee comprising amongst others, Lord Brougham, Sir Charles Lemon, John St Aubyn, John Rogers (of Penrose) was appointed to organise this scheme. The Committee decided that Lescudjack Hill was the most appropriate site for a monument as it would then be seen for many miles and across Mounts Bay. Mr John Rogers who owned the land agreed for the site to be used. A competition for the monument was launched and designs from ten architects were received. On 14 March 1862 a public meeting was held in the Guildhall to look at the submissions and the winning design was by Salter and Perrow. Various people had already pledged their financial support it was agreed to launch a general appeal in the town to pay for the monument. The meeting closed with the agreement that the scheme should go ahead.

It is unclear what happened to this ambitious scheme other than that it fell by the wayside. It was another ten years before the far more modest statue to Sir Humphry was erected at a cost of £600 and paid for by the people of Penzance. Why is the third button on the right hand side of his waistcoat missing?