On this Day 23rd October 1816
A Headache for Henry Boase

“Wrote Mr Giddy informing him of proceedings and requesting the papers he promised relative to the bill for the town” Diary of Mayor Henry Boase, October 23rd 1816

Throughout the 18th and 19th centuries, Penzance Corporation (later the Town Council) was surprisingly bold about borrowing and spending money for the benefit of the Borough. Between 1745 and 1785, for example, constructing a new quay seems to have cost the best part of £4000, and by 1813 a further £6500 had been spent on extending the pier by 150 foot and £433 on a bullock market at the top of Causewayhead [the modern equivalent of all this expenditure would be close to £1m].

All this has had to paid for, and the harbour dues have been revised. But this has led to controversy, and after three years of ill feeling and civil disobedience, leading to a marked shortfall in revenue, it is becoming clear the matter will have to be taken to Parliament for legal remedy: hence the “bill for the town”. 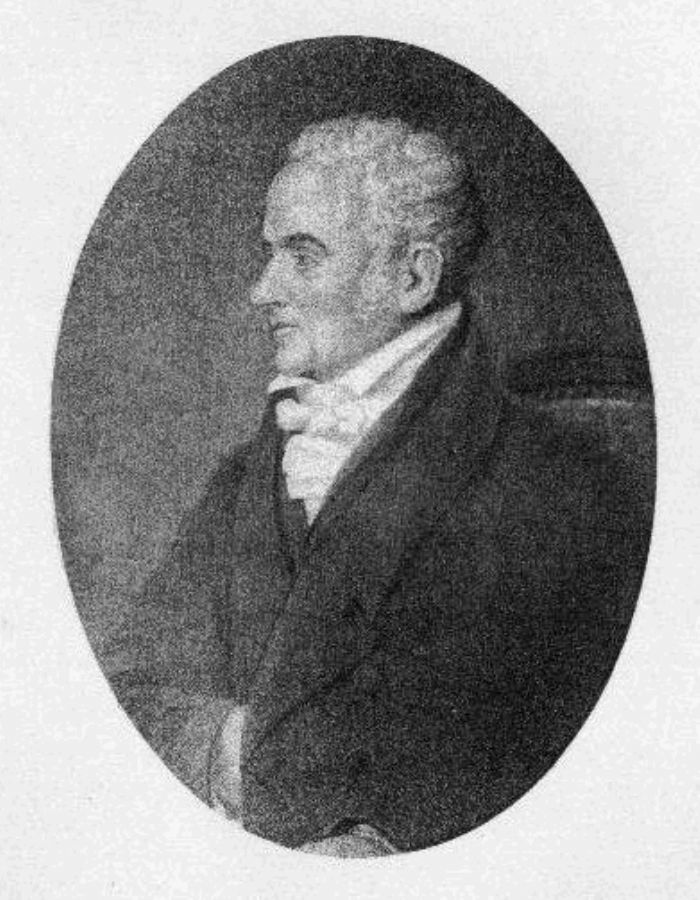 Cue Henry Boase and his letter to Mr Giddy – otherwise known as Davies Gilbert. First, the sender. Henry Boase is in his fifties, and not in good health: a situation which is not being helped by his mayoral responsibilities. He is, in effect, expected to manage the town single-handed, and the course of action upon which he is set will burden him further. But how else to remedy the situation? How else to put an end to the constant complaints of the chemist William Harvey, stirring up trouble with his complaints that the new tariffs are illegal?

Now, the recipient. The future holds a distinguished career and the presidency of the Royal Society, but for now he is MP for Bodmin, and a member of Penzance Corporation. He will be better known to posterity by the name of Davies Gilbert - but for Henry Boase, addressing the letter today, he is still Mr Giddy. 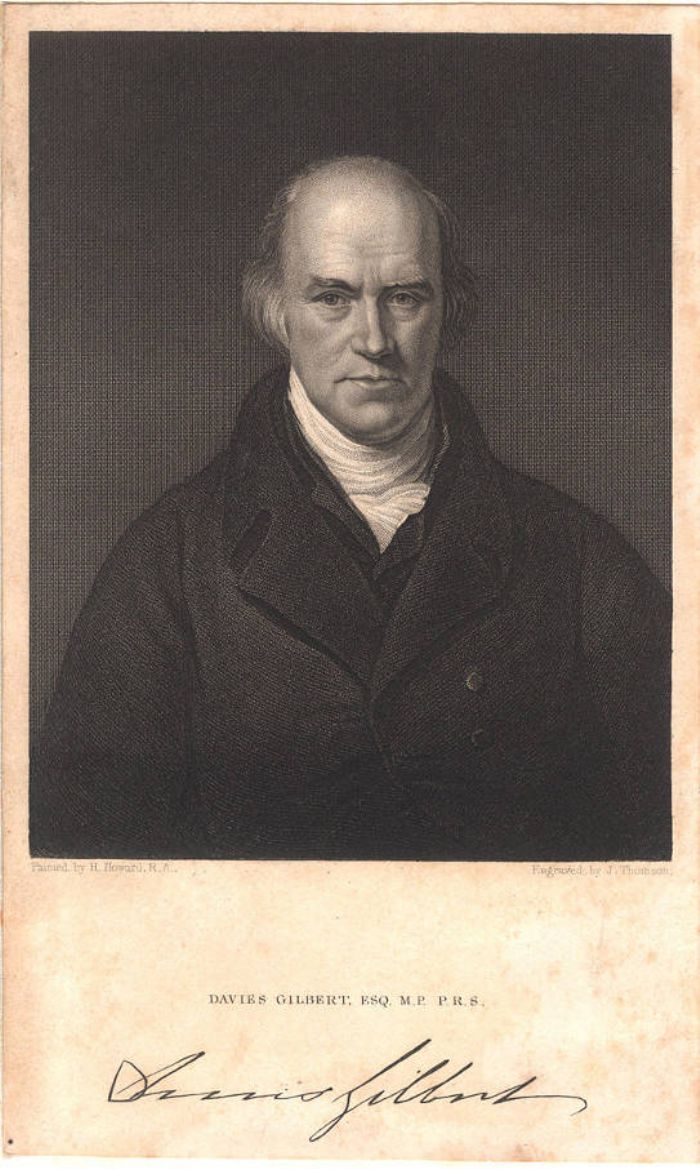 The two men are used to working together: Giddy is president of the Royal Cornwall Geological Society, and will remain so for the rest of his life; Boase –a partner in the Penzance Bank - is the treasurer. Davies Giddy has already suggested that Mr Boase set up a savings bank to encourage aspiration and self-help amongst the poorer classes – a suggestion which the Mayor will later take up. And less than three weeks ago, the Mayor wrote to Mr Giddy about the failure of the harvest – a matter of great national concern, in this first full year of the Corn Laws, with bread riots taking place elsewhere in England and the Prince Regent refusing to recall Parliament until January. And now it will be Mr Giddy’s task to steer the planned legislation through the House of Commons, and ensure adequate revenue for the running of the Borough.

Does Mr Boase have a troubled air, as he settles down to write? He would have good reason. Two details give the flavour of the town with whose smooth running he is charged. This very day at 4.00 pm, there is an auction at the Union 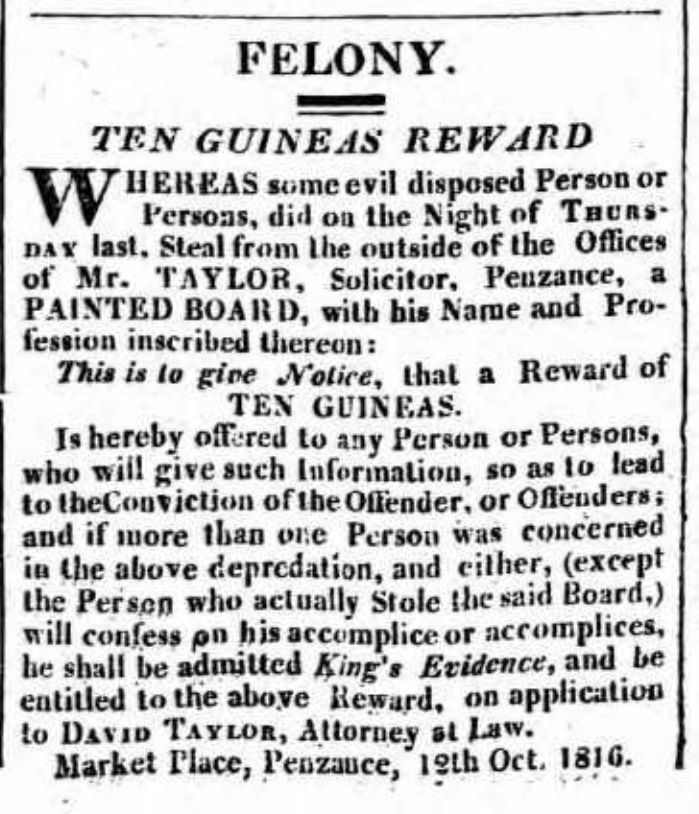 Hotel. Messrs Pearce and Marrack are among the many honest English tradesmen that have been declared bankrupt in these hard times, and their shipping interests are up for sale – including a half share in the Theis, a newly-built vessel of 118 tons, “now quite ready for sea” and ready to ship fish or fruit on demand, should demand be forthcoming. And rather more sinister, a mystery that signifies an alarming disrespect for legal process: what foul motive could have incited some “evil disposed Person or Persons” to steal the signboard from Mr Taylor’s solicitor’s premises in the Market Place? And – if this was no more than mischief – why was information kept so close that a reward of ten guineas has had to be offered?

P A S Pool, A History of the Town and Borough of Penzance,  1974, especially pages 78-80, also 95-96, 120, 123, 133 (background); 259-260 (Mayor’s Diary). Pool describes Gilbert as “perhaps the most distinguished person ever to be a member of the Penzance Corporation”. Sources differ as to the date of the change from Giddy to Gilbert, and it is possible that Mayor Boase was using the old name out of habit