On this Day 30th December 1888
The Penzance Ripper

It’s Sunday evening, coming up to ten o’clock. You’ll all know Mr Ford – the builder from Belgravia Street - busy at the moment with the new houses in Tolver Road. And his son Alfred – you’ll have seen him too, helping his father out with the carpentry side of the work. Little chap, though he’s all of 19. Teetotal. Never been in any trouble.

Well, this evening Alf’s having a quiet chat with his young lady – Bessie Renfree of Alverton Buildings. They’re in Alverton Street, by Stanford Terrace, just opposite Lady Hatherton’s place. On their way home from the Salvation Army meeting. Not doing any harm.

Then up comes Hargreaves, the pedlar. Leeds man; stranger to these parts. Been in town for a few days, come over from Helston, and been staying at the Two-tubs down New Street. Sells bootlaces, writing paper, envelopes, combs. Says his eyesight’s poor, he can’t do regular work (or, as some would put it, an honest day’s work). Tonight he’s been down at the Promenade. There’s some talk that he’s been hiding, and frightening girls. Well, that could be no more than talk. But one thing’s clear: whatever he may say about his sight, he’s bigger than Alf, and a good bit older. You’d definitely say he’d have the advantage, if it came to fisticuffs. And up he swaggers, this stranger; makes a mockery of young Alf, mimics him as suchlike.

Bessie takes a look at the pedlar. Perhaps she likes what she sees. Later she will remember that the stranger “glared his eyes straight into mine”. “Good night”, she says to Alf, then apparently turns to this taller, older stranger. “Are you going along with me?” she asks, bold as brass. “I shan’t be long”. Or perhaps this is to misjudge the situation entirely. Perhaps she’s talking to Alf, asking him to “put her home”. Either way, Hargreaves replies in the same coin, and – it’s later alleged - makes an “improper suggestion” to Bessie.

Well, a lad with a trade, from a respectable home, who’s been courting a girl for months as Alf has, isn’t going to stand for that – whether it was a matter of being ditched at the side of the road by his sweetheart, or merely hearing some lewd comment being made to her by a chap like that. Alf challenges Hargreaves, asks who he is. And Hargreaves says “I’m as good as you, any day of the week”, and Alf says he’ll see about that, and that no stranger need suppose he’s going to come here and “cap’n everybody”. And of course that’s when the trouble really starts. 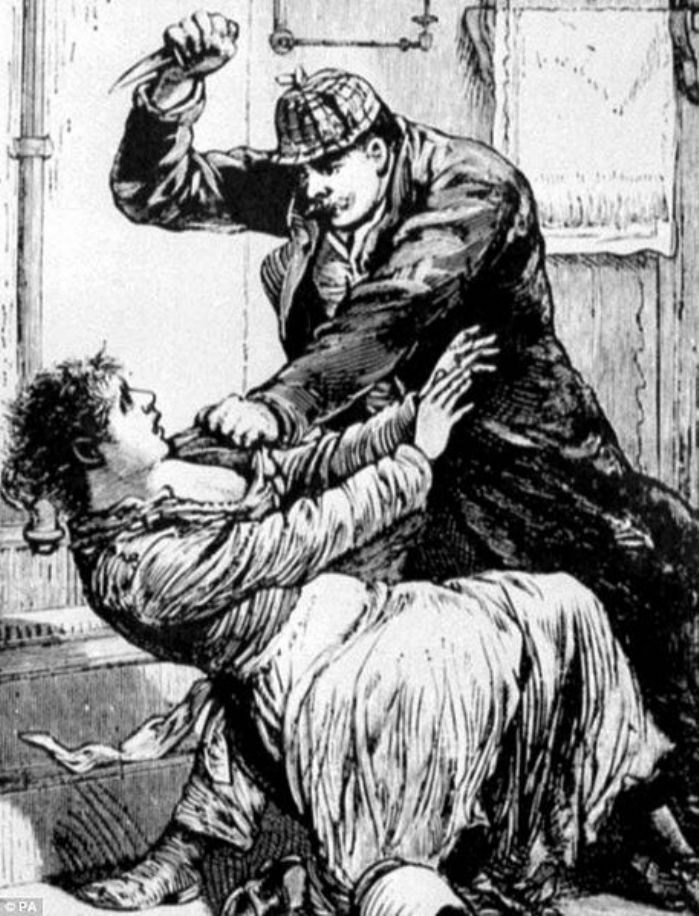 It’s not clear what happened next. According to Hargreaves, Alf pulled a knife – just a “small ordinary pocket knife” - and said he’d “master” the pedlar with that, if not with his fists. Tried to disfigure the Yorkshireman – slash him in the face. Hargreaves says that when he put up his arm to defend himself, Alf “by a severe cut, lacerated the fore arm throughout the greater part of its length, finishing with deep a gash at the base of the little finger”. He reckons, in short, that Alf near cut his finger off. At that point Bessie started shouting “Oh Alfy, it’s Jack the Ripper”, and Alf – sensing a turn in his fortunes – replied “I believe he is”.

Naturally, Alf’s version’s a bit different. He says it was a fair fight until the pedlar’s hand went to his pocket. Only then, Alf swears, did he go for his own knife: self-defence. Hargreaves? He says that he didn’t have a knife at all, that it was nothing but a pipe in his hand. And sure enough, a broken pipe was later found on the blood-stained ground.

Well, the pedlar managed to drag himself round the corner to the Police office, and Mr Symons, the surgeon, was sent for. He’s hoping he can save the chap’s finger, but it’s touch and go.

Mr Hargreaves had his finger “and some of the flesh of the hand” amputated at West Cornwall Infirmary the following morning. At that point, enquiries were made and both Alf Ford and Bessie Renfree were questioned. Alf was brought up before the magistrates straight away on a charge of GBH. Sent to the quarter sessions the following week, he was charged only with common assault and fined £25, the leniency of the penalty prompted by Alf’s previous good character and the “provocation” he had suffered at Hargreaves’ hands.