Reading the Riot Act is a common enough expression, often used when a bunch of under-performing footballers are confronted by their manager at half-time. We tend to use it for a stern reprimand or a warning of dire consequences. But back in 1745 the Riot Act was a real piece of British legislation backed up by the ultimate sanction; disregarding the reading of the Riot Act was punishable by death. 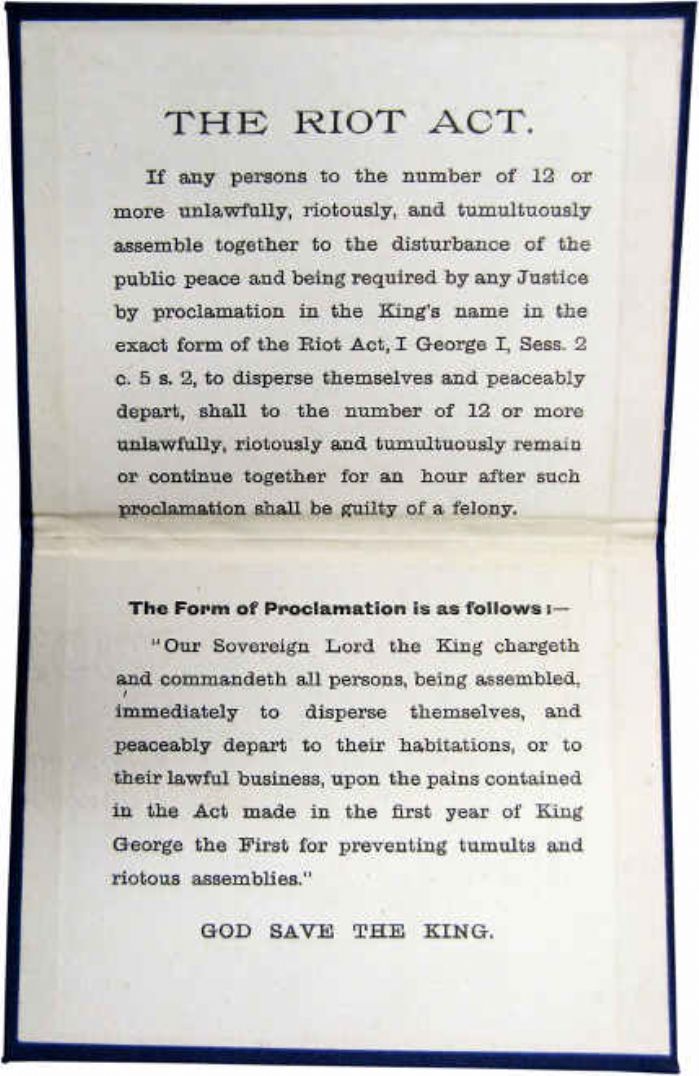 One of the most notorious readings of the Riot Act took place before the infamous Peterloo Massacre in 1819. But Morvah, what could possibly result in the reading of the Riot Act in Morvah? The answer to that question is even more bizarre than the location. On 10th July 1745 the Riot Act was read in Morvah at a prayer meeting!

In the early part of July 1745 John Wesley had been relentlessly harassed by the authorities. On the 9th he had been preaching in St Just when Squire Usticke intervened and claimed that just a few days before Wesley had promised not to return to St Just for a month. In the event no action was taken but the meeting had been effectively broken up. It was little more than a week since Usticke had forced Wesley to accompany him to Dr Borlase's house at Castle Horneck on the authority of a magistrate's warrant. But if Usticke's execution of the warrant was a catalogue of comical ineptitude it paled into insignificance when set alongside the reading of the Riot Act at a Morvah prayer meeting.

Wesley wrote in his diary, In less than a quarter of an hour, the Constable and his companions came, and read the proclamation against riots. When he had done , I told him, “We will do as you require: we will disperse within an hour,” and went on with my sermon.

Wesley was clearly familiar with the terms of the Riot Act which specified that upon the Act being read all gatherings of more than 12 people must disperse within one hour or they would be guilty of a felony. Wesley preached for less than an hour and, despite a large gathering, presumably persuaded them to disperse to avoid trouble.

Why such an over-zealous reaction to a prayer meeting? On the immediate horizon was the 1745 Jacobite Rebellion and the fear of invasion from France. There is a suggestion that a ship with the Pretender on board had sailed close to Morvah. Charles Edward Stuart had in fact sailed from France on board the frigate Du Teillay in company with the Elizabeth of 64 guns. On July 9th the 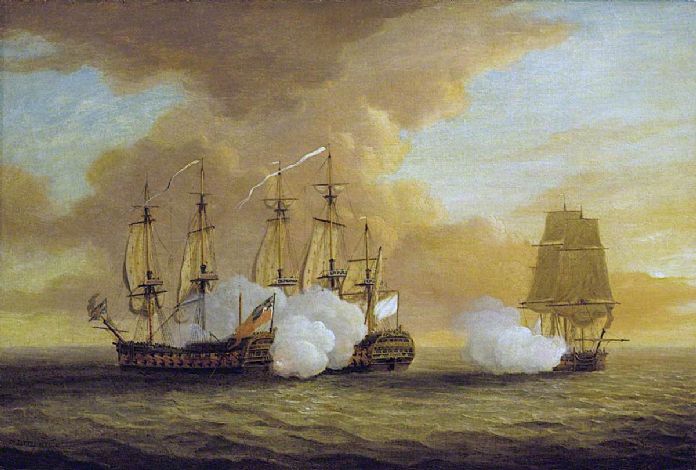 two ships had encountered HMS Lion and a four hour action ensued in which the two larger ships were seriously damaged and forced to return to their home ports but Du Teillay was able to continue her voyage and landed Charles Edward Stuart on Eriskay on July 23rd. In a letter describing the sea fight the Captain of HMS Lion described his position when he first sighted the enemy as being 47.57 North and 39 leagues west of the meridian of the Lizard. This would place him about 40 miles west of Brittany with the enemy to the SSE, still in the Bay of Biscay. The Jacobite plan had been to sail around to the west of Ireland and if Du Teillay stuck to this plan she would not have been anywhere near Morvah and it's unlikely that on the 10th anyone in Morvah or Penwith would have known about the sea action.

The reading of the Riot Act in Morvah was just part of the general harassment of Wesley and his followers. It seems he remained in Morvah that night and next day preached in Zennor, followed by Gulval on the 12th and arriving back in St Ives on the 13th.

The Rev. John Wesley's Ministerial Itineraries in Cornwall, John Wesley and R. Symons, Truro 1879 (This book is available as a facsimile edition from Gyan Books in India)

The account of the sea fight comes from a letter from Captain Piercy Brett of the Lion. It is included as an appendix to J Holland Rose, Naval History and National History, Cambridge University Press, 1919. The book is available on Google Books.