On this Day 24th July 1865
Peace and Progress in Penzance 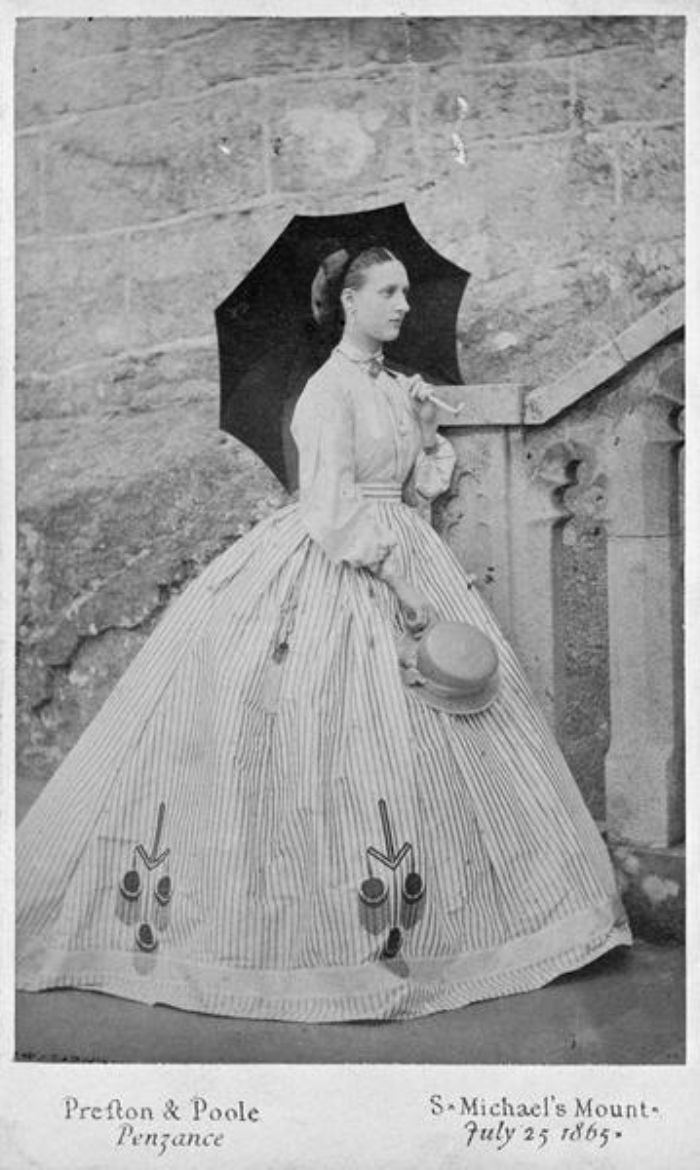 May we hear a roll of drums, please, for the latest civic facility, designed to encourage free passage between the busy market and the calm of the sandhills. Ladies and gentlemen: we present, for the ease and delight of all, the new Alexandra Road.

Mr John Matthews has laid out the design, striking boldly down from Alverton, through the fields to the Western Green and Promenade – to the very edge of the town itself.

The more desirable area of Penzance is pushing westwards, no doubt about that. Down at the east end, the railway traffic storms and puffs; the smelting works glows and sparks; traders jostle and rant. The man of business yearns increasingly to be free of all that. The holidaymaker – especially the better class of visitor – craves a finely-made house, with a pleasant private garden and ample room for servants. And is this latter sort that we need in Penzance, if the town is to prosper. The road – as the Mayor himself will explain – has been constructed “by the town at much expense, and with a view to its improvement and the comfort of visitors”.

Yesterday was Sunday, and the royal party made a quiet day of it at the Mount. But today the royal yacht has brought them across to Albert Pier, where the Duke of Cornwall’s Volunteers are neatly lined up. An arch has also been set up at the pierhead, to welcome the visitors as they disembark. Behind the railway company’s gates, the crowds crane their necks to look past the goods yard and see what is happening out on the quay. The “new and massive railings” on East Terrace – surely proving today that they were worth every penny of that £100 bill – keep the crowds safe as the civic party, in all their finery – cocked hats, scarlet coats, white gloves – pass down the main street.

Throughout the town, flags – Danish and English – are everywhere, and there are “evergreens and flowers wrought in garlands and festoons”. And here they come, the Prince and Princess of Wales: up Market Jew Street, where the tradesmen vie with one another to exhibit their patriotism and respect; under the “fine triple arch of wood-work and evergreens” at the Greenmarket; past Mayor Boase’s residence at Buriton House. One may imagine them pausing to admire the display of flags, hung aloft from our new Public Buildings.

At last they have arrived at our new and “spacious avenue”. Here at the head is another triple arch, this one with the tasteful and fitting addition of “pendant flower-garlands, and across the motto, ‘Peace and Progress’ “. Mr J T Blight has painted the words ‘Albert Edward and Alexandra’ onto a fine formal address on parchment, hung with red and white ribbons, which is to be presented to the couple; and he may now be glimpsed, sketching the opening of the new road for the Illustrated London News. The Mayor asks the Princess to “declare the new road open, and to give it her own name of Alexandra”.

The Princess turns to her husband; laughs; asks what he thinks she should say. But then, gaining confidence, she speaks out – and how it does gladden the heart to discover that her voice is “the very purest English, without the least sound of foreign accent”. She declares her “pleasure in doing what the town of Penzance wishes”, and declares “this road to be open and to be called the Alexandra Road”. 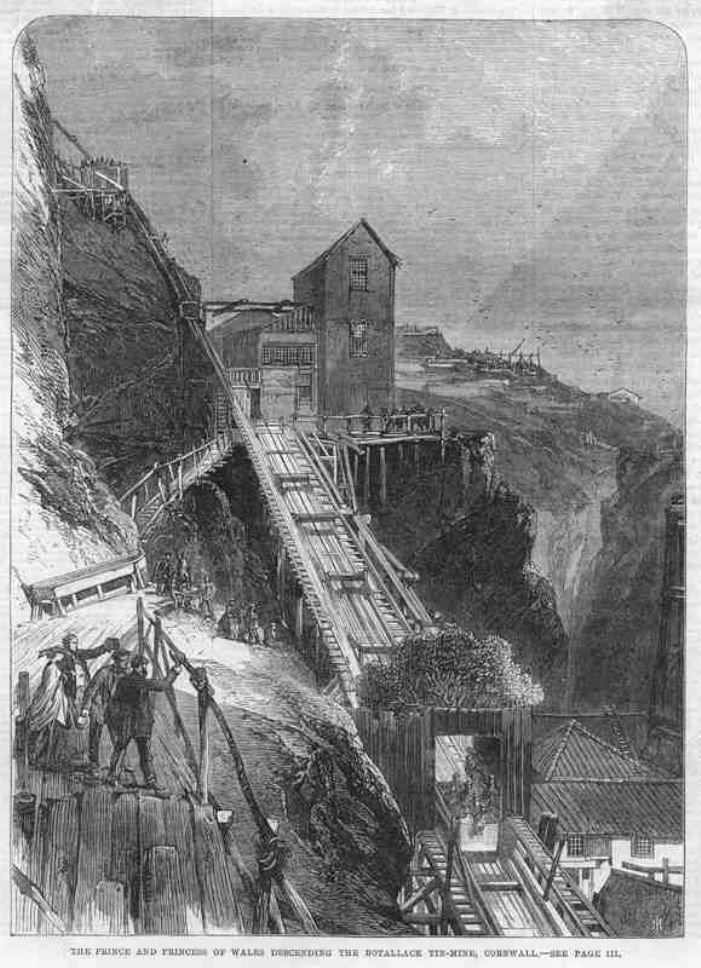 And so they go, past Rosevale and through the fields, until the sea comes into view, and a further arch, wishing the couple “Long Life and Happiness” before they leave the town behind, and on through Newlyn, thence to call at Trereife and on to Botallack. Here, I understand, a treat is in store for them, courtesy of Purser S H James and his son, and Captains Boyns and Hocking.

And for us? Tonight there will be gas illuminations at the Western Hotel, where a “transparency” will display the initials of the royal pair, and at York’s and Cornish’s shops, where those sentimental cast may sigh to see the “two hearts entwined”. There will be bonfires in the streets, and blazing taf barrels at the Quay. And further in the future? I see the new trees growing to a venerable maturity; perhaps fancy courses of brickwork in the new houses, tastefully decorated in the modern style. I fancy people coming and going, visiting the fine new baths Mr Caldwell plans to build – the water fresh from the sea, changing at every tide. They will surely be a prime attraction at the end of the Western Promenade.

The plinth and plaque that commemorates the event now stands at the entrance to the Pirates rugby ground. It was originally topped by a fountain – possibly to publicise the availability of mains water – and stood on the roundabout at the bottom of Alexandra Road. It was moved to its present site in the 1930s, having been declared a hazard to traffic.