Poldark lives…. And although some may contend that W S Graham, who started it all when he published Jeremy Poldark in 1945, might be turning in his grave, West Cornwall is alive with excitement. It’s 8th March 2015, and the first episode of the new BBC version will be screened tonight. From Porthleven to Porthcurno, from Breage to Boscaswell, viewers are preparing to be transported to 1783, when Ross Poldark will be returning from the American war to find “his world in ruins: his father dead, his house wrecked and his sweetheart engaged”.

This is not the first screen version of Poldark, nor will it be the last. The first BBC version was produced on a much lower budget between 1975 and 1978, and ran for two series. And the new Poldark, the one that starts tonight, will have at least two further seasons in it. How many more Poldarks will the market bear between now and – say - 2065? Who knows? 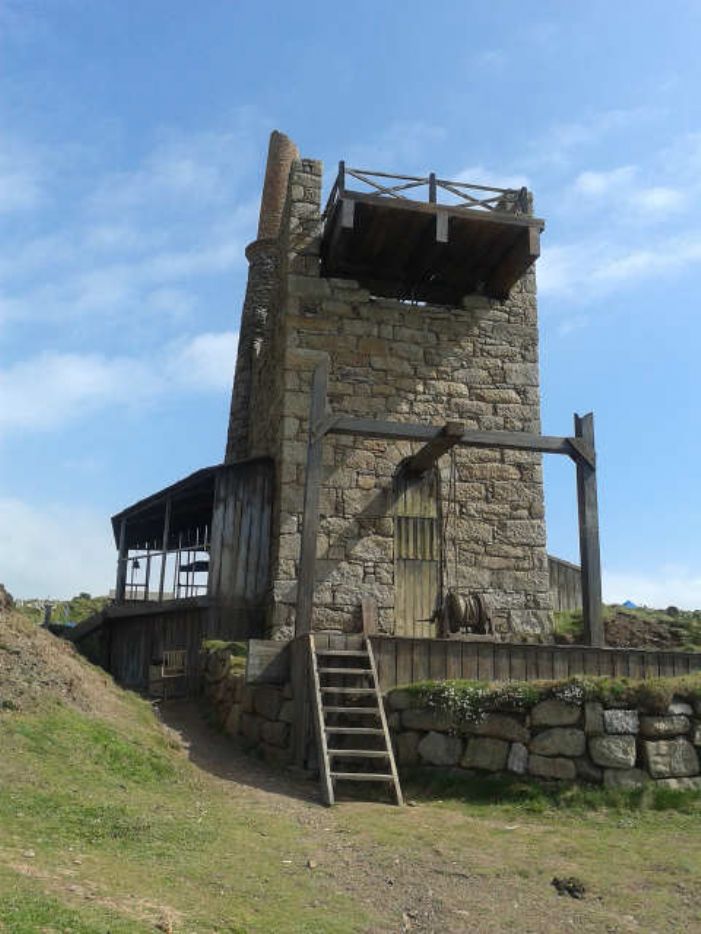 But this one? It’s a Poldark for the 21st century. Filming has been going on for nearly a year. There has been some local excitement about extras, and those applicants who favour what might be termed the West Penwith approach to barberage and hairstyling have had every reason to feel smug, their choice vindicated at last. West Wheal Owles has been re-invented as Wheal Leisure. Viewers may also expect a shipwreck at Gunwalloe, views of St Agnes Head, and much, much more. Nationally, 8.75 million viewers will watch the show – placing it second in the BBC1 ratings chart for the week - just ahead of Eastenders, but a little behind Call the Midwife. Thus placed, Poldark finds its niche in a triad of regionally-set BBC soaps, of which at least two are set in the past.

The Guardian will describe tonight’s first episode as a “family swashbuckle”, in which Ross Poldark “sulks, does things with big rocks, and gallops along the clifftop”. Warming to his theme, the reviewer continues: “he’s a moody bugger, plus he’s got money worries, so he shakes his own mane, and throws some more rocks about, and gallops off down the coast path”. Recounting how the BBC has persuaded viewers to exchange old lamps for new, the review adds that this series is “pacier and racier than the old….. but built on the same chassis”

Over at the more conservative Daily Telegraph, this first episode will be pronounced “glossy but empty-headed… not a patch on the original”. The reviewer admits that the series promises to be “a rattling teatime yarn”, but seems disappointed by the quality (or perhaps quantity) of sex, drugs and rock and roll: “Aside from the odd stray bullet and a couple of brawls, there was precious little to justify Poldark’s post-watershed positioning. Bodices remained primly unripped. Sex was strictly for the slatternly lower orders”.

Both agree, though, that this new series can do nothing but good for Penwith, especially as it was filmed during the freakishly reliable summer of 2014. “It’s all about Cornwall now”, says the Guardian. “Here, sparkling, it’s so much more than a backdrop. God it’s beautiful, who needs Croatia? This isn’t going to do Cornish tourism any harm at all, the Poldark effect”. It’s March, after all, just the time to be turning to the July page of the family organiser and blocking out a fortnight or so. The Telegraph reviewer, who perhaps owes a favour or two in Crowlas, predicts that the A30 will have to be widened to accommodate the “deluge” of visitors heading west.

The series stars Aidan Turner, who has previously appeared on screen as a vampire, a hobbit and D G Rossetti. The reviewers already anticipate, however, that Poldark will promote him as the latest Valentino - and all manner of comment to that purpose will shortly appear on social media, not to mention the fevered sharing of images. Unhappy with that role, Aidan? Don’t you worry. New Valentinoes? They’re like buses; there’ll be another one along in a minute.