Levant mine reopened in November 1820 after being closed for about 25 years. It was to remain open virtually without interruption until 1930 and the first sale from the newly reopened mine was made on 12 April 1821.

The Royal Cornwall Gazette of 14 April 1821 records the sale of 11 tons of copper ore to Williams Grenfell and Crown Copper at £10-7s per ton. The actual sale was made at a ticketing held in Redruth on Thursday 12 April and further details of the sale are given in the Jenkin Letterbooks (HJ/27 12 April 1821) where it is disclosed that whoever purchased the 57 tons of ore from Botallack would also take the 11 tons from Levant at the same standard, “these ores being at Penzance from whence the other ores are shipp'd.”

This entry from the Jenkin Letterbooks (the Jenkins were the copper agents for the Williams Grenfell and Crown copper smelting companies in south Wales) reveals an oddity with regard to St Just ores. Throughout the Central Mining District ores were held on the mine until sold at a ticketing. This meant that the mine would be visited by a sampler two weeks prior to the intended ticketing or sale. Samples of each ore parcel would then be supplied to the assayer for each copper company and the results of the assay would be with the smelters' agents before the sale. Once sold at the ticketing the agent of the buyer would then arrange to have the ore transported to a port of his choice from where the ore would be shipped to the smelter. In St Just the ores were not held on the mine but were transported to Penzance and held there to await sampling and assaying, the sampler did not visit the mine. The immediate impact of this was that the mine paid the cost of transporting the ore to Penzance and was then reimbursed by the purchaser. A similar arrangement seems to have been in place in the Tamar Valley and the reason would seem to have been the remoteness of the mines and relatively small tonnage and number of mines.

The arrangements for sampling were described in considerable detail by William Jenkin on July 9 1819. Never less than two samplers attended any location and the business was essentially collaborative in so far as the locations to be sampled were divided between the samplers. A typical regime is given as, “five of the number [of samplers] probably sampled the ores of Wheal Abraham, Oatfield, Crenver, Wheal Sarah and Trenowath, these five samplers visiting each of the above mentioned mines which lie contiguous to each other. At the same time three other samplers were probably sampling the ores of Wheal Clowance, West Wheal Clowance and Weeth, and the other other two the ores of Wheal Neptune. The Botallack ores being in Penzance were sampled by two samplers the preceding evening.” 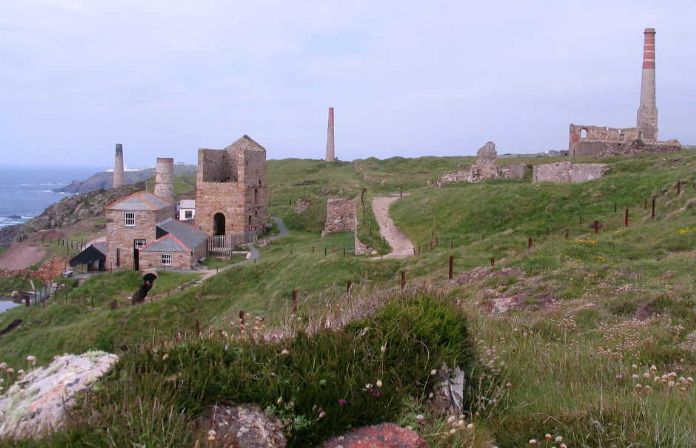 Transport of copper ore to Penzance until the 1840s was by mule train, each mule carrying about three hundredweight (150 kilos) in two sacks slung across a wooden pack saddle. In 1836 the Reverend Symonds, visiting Levant, described how “The ore……...is sent over the Channel to Swansea for smelting, in sacks about as the thick part of one's thigh.” So Levant's first sale of 11 tons (a ton in this case being 21 cwt) would have required 77 mule loads to get it to Penzance. In fact the evidence indicates that the ore was taken to Penzance in sacks but shipped to Swansea loose.

Penny Watts-Russell, The Cornish Copper Agent's Story, Journal of the Trevithick Society no 37, 2010.

The manuscript of the Rev Symonds journal can be found in Warwickshire County Record Office (CR2855), thanks to Penny Watts-Russell for directing me to this quote.