Readers who follow our On This Dayfeature will already be familiar with the background to the 1880 General Election in the Parliamentary Borough of St Ives - with its tales of disfigured posters, a candidate afraid to come out of his carriage, and a threat from one aspirant to behead his rival. The end of that item promised a forthcoming Penwith Paper disclosing the result: here is that Penwith Paper.

That 1880 election was one of the first where votes were cast in secret by means of the voting paper, pencilled cross and ballot box. This system has served the nation well ever since and remains, in the early 21st century, the option of choice for most of us, despite easier postal voting and wild talk about electronic ballots. The stroll down the road to the polling station, the exchange of polling card for ballot paper, the private booths and the metal boxes form a ritual that has survived largely unchanged since the 19th century, and has become one of the fixtures of civic life. 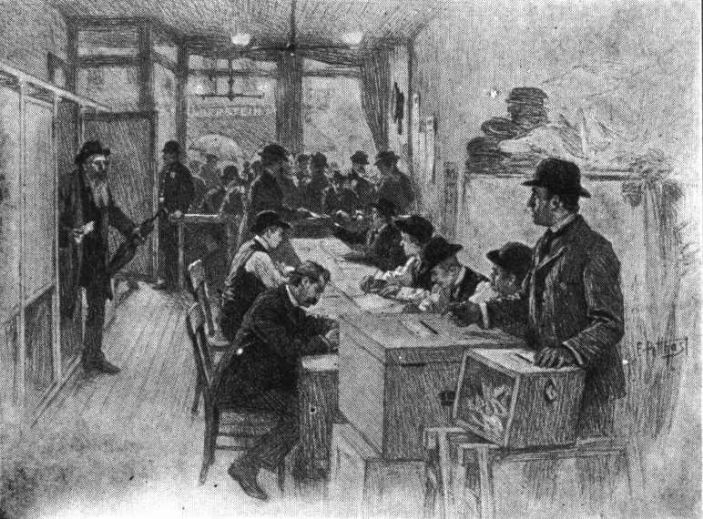 The first election held by secret ballot had taken place in February 1874, and was followed by two by-elections – all three elections returning Tory MPs and helping to secure continuing Tory government under Disraeli. So for voters in 1880 the new secret ballot system was still a novelty, and for many no doubt a relief. For although Tory candidate Charles Ross might still insist that a squire has a role to play in the political education of his tenants, people had come to realise that the landlord no longer doubled as examiner; could no longer see whether his lessons had been understood and taken to heart. How a tenant or employee cast his vote was now a matter between his stubby little pencil and the mute ballot box.

Nationally, the 1880 contest was a gladiatorial combat between big hitters Gladstone and Disraeli – still probably the most famous politicians of the 19th century. Gladstone attacked Disraeli on the economy, and on his imperialistic pretensions. Disraeli – a peer, and as such rather above the business of vigorous campaigning –had fallen victim to the vicissitudes of the economy. In a changing world, he found himself yesterday’s man; Gladstone’s vigorous rhetoric the voice of tomorrow.

How would it turn out? Elections in the late 19th century were spread over several days. In St Ives, the contest was delayed until Monday 5th April, when fishermen were most likely to be in port. Instead of opinion polls, voters could see actual results from other constituencies being reported in the local newspapers (still at that date the only easily available source of national news) before casting their own ballots.

Although both the main newspapers seem to have reported the results impartiality as they came in, their commentaries took on an increasingly pessimistic or optimistic note. The older Cornish Telegraph ignored Tory meetings and speeches, and the newer Cornishman similarly denied the oxygen of publicity to the Liberals. Not that there was much electioneering to report in 1880, when Sir John St Aubyn and Arthur Vivian – the Liberals representing the Western Division - were as usual returned unopposed. This constituency included Falmouth and Truro and excluded only two Parliamentary boroughs, in Helston and St Ives, and these were the only places in West Cornwall where voting took place. 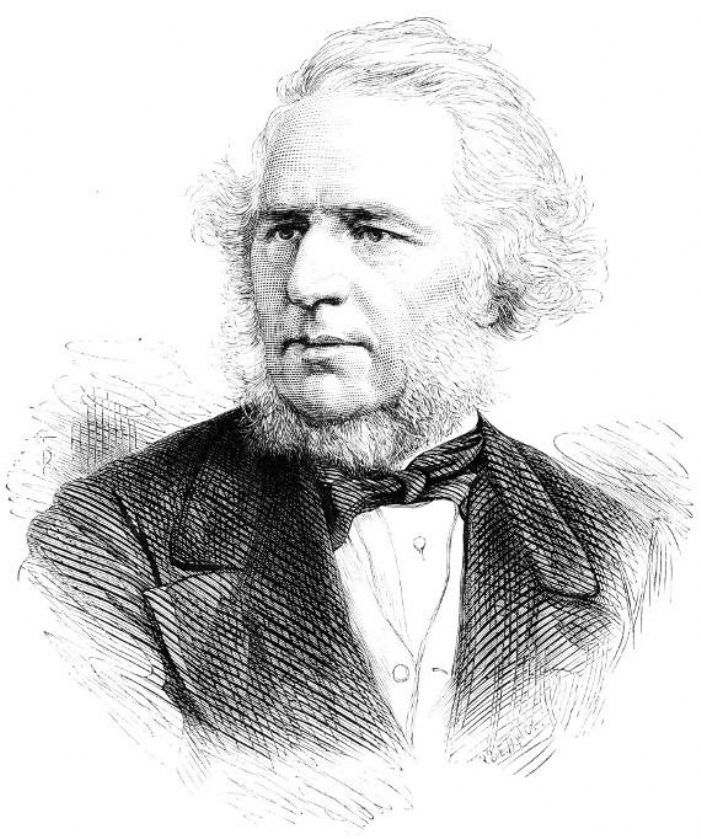 At St Ives, the Liberal Sir Charles Reed was opposed by Charles Ross. At first perhaps over-confident, especially given the Liberal reluctance to buy beer for voters after their long walk into town to exercise their franchise, Mr Ross evidently listened to his canvassers and found reason during the closing days of the campaign to develop a sudden enthusiasm for the Temperance Movement. He sent carriages to collect his voters, and seems to have expected to carry the day. But when the votes were counted nationally, over 100 Tory seats had fallen victim to a pro-Liberal trend.

Among them was St Ives (although not Helston, which remained Tory). Here, the combination of national swing and secret ballot had brought in Sir Charles Reed, only the second Liberal to represent the Parliamentary Borough since 1832. According to the Cornish Telegraph narrative, as the crowd waited to hear the result, a window at the Guildhall opened and a “face beaming with Liberal joy whispered ‘Reed’s in’, then shut the window down, leaving bystanders to spread the news”. The Tories, despite an initial response of “Never!”, had their fears confirmed in writing and “walked slowly but sadly away” while the victors “rushed wildly through the streets”, shouting the result and overwhelming Reed with vigorous handshakes and back-slapping.

But the Liberal gain of St Ives was only temporary, and it was becoming evident that elsewhere the Tories had cornered the fishing vote by capitalising on fears that Home Rule – a cause with which many Liberals found themselves in sympathy - would mean untrammelled completion from Irish fleets. The 1880 Tory victory in The Parliamentary Borough of Helston was put down to the votes of “Porthlevenites”, and when the death of Sir Charles Reed in 1881 led to a by-election, the Liberals lost the seat and Charles Ross was voted in. Despite the wet night, supporters turned out for a torchlit celebratory procession, and when the new MP made a speech on the terrace of Tregenna Castle it was enthusiastically received. In the morning, an “immense crowd” saw him off on a midday train. 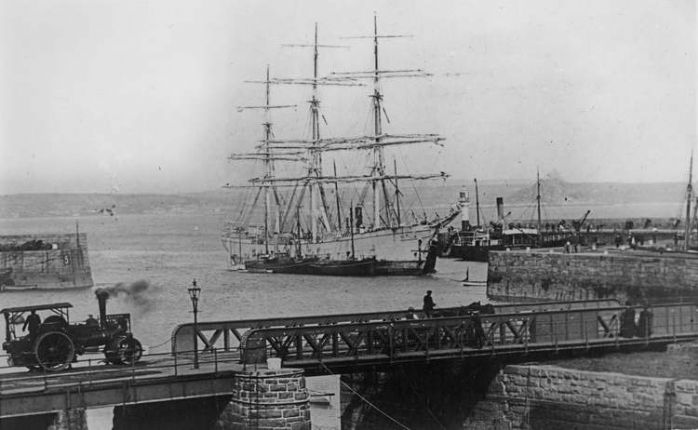 At Penzance station, Ross was eagerly awaited by supporters unsure of when he would arrive home. A former Mayor, and the driving force behind improvements such as Ross Bridge and Morrab Road, his triumphant return attracted a large crowd. Women and children were decked out in Tory pink. Attendant musicians alleged to be “the Volunteer Artillery Band in plain clothes” were (appropriately enough) accompanied by “volley after volley” of cheers. In a speech acknowledging his Penzance support, Ross predicted Tory success in the previously uncontested Western Division, and looked forward confidently to an early contest that would involve his home town. The 1880 Parliament, however, would run its full term, and Mr Ross would have a few years to wait.

But what would happen in 1885? Constituencies were to be re-shaped, the franchise extended and Parliamentary Boroughs such as St Ives absorbed into the wider Divisions. Read our next Penwith Paper, to be published on June 5th , to find out…

The picture of the Ross Bridge is courtesy of the Morrab Library Photo Archive, full citation: